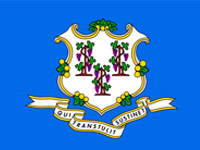 Donate clothes and other household items in Connecticut. Charities such as Vietnam Veterans of America donation pickup and more will pick up your donations for free and leave you a tax deduction receipt.

Donationtown.org allows you to schedule online appointments for Connecticut donation pick ups. It has never been so convenient to make charitable donations in Connecticut until now.

Donating in Connecticut is Free and Easy

Connecticut was first settled by the Dutch, but the first major settlements were established by the British Puritans from Massachusettes in the 1630s. It was one of the the Thirteen Colonies that fought in the Revolutionary War to gain independence from the British, and is known as “the Constitution State” because of its 1638-1639 colonial constitution. Called the Fundamental Orders, it was the first constitution to be established in America. Some of the colonial settlements of Connecticut that are historically important are New Haven, Stratford, Windsor, and New London, among others.

Connecticut is home to world renowned Yale University, and a little known but not less important fact is that Connecticut’s state insect is the Praying Mantis.

The state is divided into five regions, namely Fairfield County, Litchfield Hills, River Valley, Greater New Haven, and Mystic County. In Mystic County is the Mystic Seaport, which is home to a 19th centurry New England Seaport and the Mystic Marinelife Aquarium. Humphrey Bogart and Lauren Bacall also enjoyed their honeymoon in Mystic.

Connecticut is also home to the Hartford Courant, which was established in 1764 and is the oldest newpaper in the US that is still being printed. Hartford is also home to the nation’s insurance captial, though, interestingly, it is the poorest municipality in the state, and is one of the 10 cities in the US with the lowest per capita income.

With this fact in mind, it is easy to conclude that there are many people in Connecticut who need the help of the generous donations that charities rely upon. Vietnam Veterans of America is one of the many great charities that are accepting donations. Think of Hartford when you schedule your online Connecticut donation pickup. The people there will be so grateful, and you can enjoy knowing that your generosity has done some needed good.

Most of the charities in the CT Donation Town directory will come and pick up the following donations:

Where Can I Donate Clothes, Furniture, Books and Other Household Goods in Connecticut?

Charities in our directory accept your clothing donations and other household goods donations from the following Connecticut counties and cities: